A September Apple iPhone keynote is a bit like Christmas—some people will be thrilled with whatever they get, some people will be fussy with everything, and everyone needs to relax because this shit happens every year. The real gift is that it means the end of Speculation Season, the endless period of dug-up patents, “expert” speculation, and “official mock-ups” that would get a C+ in Industrial Design 101.

The News: The iPhone 7 and iPhone 7 Plus don’t have holes for your headphones.

Is This Good? Probably. Apple claims it was done in the interest of thinness (meh) and water-resistance (though Samsung’s Galaxy line claims better water-resistance and includes a jack). That said, Bluetooth is so good now that only the highest of hi-fi nerds can complain about the quality.

Likely press response: “They’re just trying to sell more wireless headphones.” “I have to pick between charging my phone and listening to music.” “Steve Jobs never would have done this.” 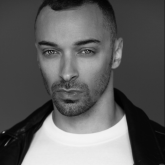